When I first heard about Chromebooks a few years ago, I thought the Idea is awesome but I didn't really understand how they could fit in my life. After a year using one this is my conclusion.

For Classrooms my school is using Acer 720p with touchscreen

When I go out to a location to fix server/network issues I usually took my ThinkPad with an 6600mAh battery with me.

Most of the time I do the following things:

1. Plugging Ethernet cables around on switches 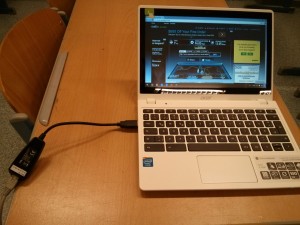 This was the main reason why I hesitated initially when thinking about using a Chromebook because most of them don't have ethernet ports and those who have one cost a lot more than the others. I was very surprised when I found out that Chromebooks support USB-Ethernet Controllers. So I bought a gigabit USB ethernet adapter and connected it. It worked instantly without any drivers or configuration and that is just awesome!

No special tools needed for this. Chrome is a widely supported browser and the only device I couldn't manage with it was an old switch that could only be configured with Internet Explorer 6. I set up a virtual Windows XP machine for this task and it worked fine.

Chrome OS ships with the Chrome Shell (crosh) which has a very basic functionality but it can ping and use SSH. This is enough for this task.

Another thing I initially thought would be impossible or expensive is programming on the Chromebook. The answer is: Web based IDEs There are many articles on the web that compare many providers but I wanted a self-hosted one since I want full control over my code and server. The solution that worked best for me was Codiad

Conclusion: Chromebooks are an awesome light and cheap alternative for my sysadmin needs. The 12 hour battery is one of the most awesome things

A few year ago many schools have introduced iPad classes where all students and teachers got iPads and they got all the books and learning material on them. This was in all the news but when those schools found out that they are not really good work devices and started to switch to Chromebooks, there was almost no news coverage about that.

At the moment the schools I work for all have Windows notebooks from around 2007. The complaint I hear the most is about how long it takes them to boot/update/log in. With roaming profiles enabled the login can take up to 8-10 minutes. This is much too long especially because teachers (will) have to use the digital class register which is hosted on a web server.

The need for speed

When I first heard Chromebooks only take about 7 seconds to (cold) boot I immediately thought about our school notebooks. I ordered a few C720p Chromebooks and put them in classes who didn't have a notebook before. Teachers loved how fast they were and that they had touchscreens but there was a big complaint:

Problem: "I need to be able to show a DVD / play an audio CD in class"

The solution for CDs: Since the computers in the teachers lounge are all Windows 7 machines I taught the teachers how to rip their CDs to create MP3s. For many of them this was an acceptable solution since it takes only a few minutes per CD and they only need one USB stick for all their CDs.

The solution for DVDs: 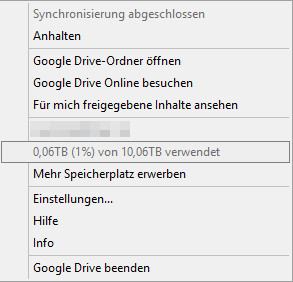 This was a little bit more tricky since Chromebooks only support MP4 videos. Even if they would work with external DVD drives they still wouldn't be able to play them. Since ripping DVDs is not as easy as ripping audio CDs I offered them to rip every DVD they gave me. I offered them to either give them the MP4 file on a USB stick or put them on the schools Google Drive share. The Google Drive solution is in my opinion the best since it has unlimited storage, converts all videos online and you'd be able to stream all videos from any device.

The solution for naysayers and for an unplanned DVD showing: We also bought a few Windows Laptops that could be borrowed for lessons by the teachers.

Conclusion: Chromebooks work perfectly for most things a sysadmin or teacher needs and is a fast and cheap alternative to Windows / Mac devices