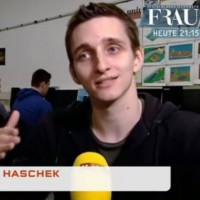 When I first wrote about my XP based grading system back in December 2014 I got overwhelmingly good feedback from all over the world and it started a chain of TV & newspaper interviews and people who wanted to write their thesis on this subject. 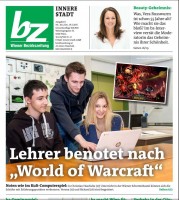 Back then my system wasn't quite ready but a few weeks later I released the platform Socialcube Lite (which by now has been merged to the full site of https://socialcube.net ) where teachers could register their schools and grade their students with my XP system.

Today over 300 schools and universities from Sweden, Germany, to the US (we even have part of the ivy league on the site) have registered and many thousand users are on the site every week.

I was very happy with the success of this open platform but I still thought there was something missing. Receiving XP and having a XP bar where they can see how many XP they need to level up their grade seems to be extremley motivating for students but I wanted to go even further.

How does it work?

The GradeLink API works similar to the Facebook (graph) API. It allows developers to let Socialcube users connect with their app or game.

The developer can get a list of the courses the user is attending and how they perform. This allows them to give ingame items or features for every XP the user gets.

Developers get a token that allows them to query the amount of XP a student has and track it asynchronously via the API (the user doesn't have to be logged in, the developer can track the amount of XP

What can be done with it?

Since grades are obviously a very personal thing, privacy is very important for us. GradeLink was designed to ensure maximum privacy and anonymity for the students while still giving the developers enough information to reward them when the students earn XP.

I'm a developer, how can I start?

If you are interested in the GradeLink API you can sign up for the closed beta via this form: http://goo.gl/forms/3P7vNHa3OpE28pQl1

We will contact you as soon as the API hits the beta stage.

Let's revolutionize gaming together with Learn2Win